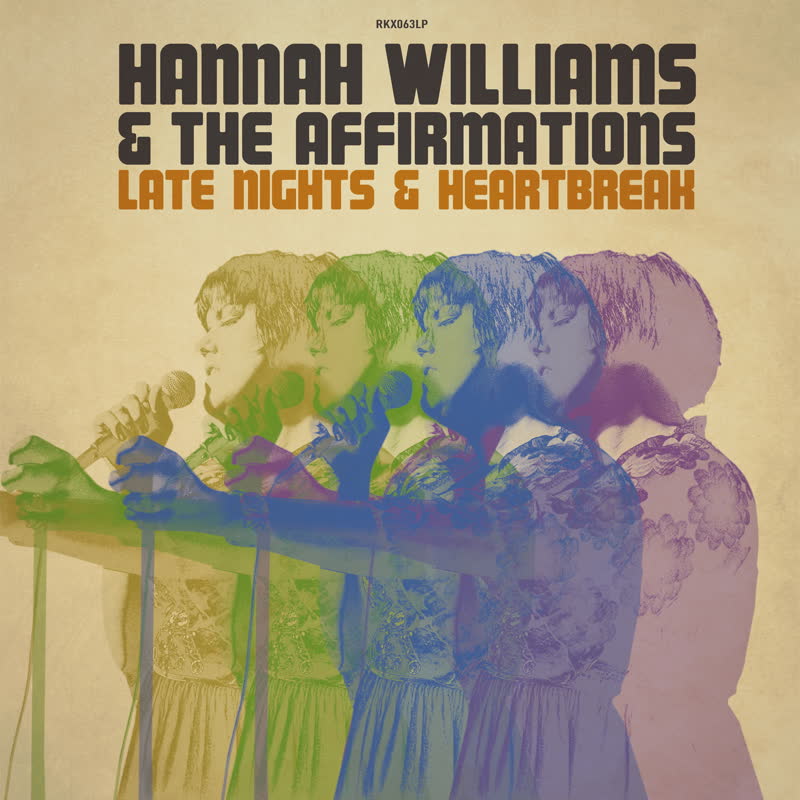 Physical territority availability may apply to this title:
No USA, Lp only for Japan

The much awaited second album by UK's soul hurricane Hannah Williams, produced by Malcolm Catto and as heard on Jay-Z's "4:44".

Record Kicks proudly presents "Late Nights & Heartbreak", the new album by Hannah Williams & The Affirmations. The title track "Late Nights & Heartbreak" has recently gained heavy worldwide popularity thanks to the American superstar Jay-Z, who has entirely built the title track of his new album "4:44" around the original composition and has used Hannah's song as a statement of his infidelity, in response to his wife Beyoncé's "Lemonade". "Late Nights & Heartbreak" has been recorded backed by Hannah's new band "The Affirmations" at Quatermass Studio in London the HQ of the British cult band The Heliocentrics and has been produced by Malcolm Catto, best known for his work with among the others, Mulatu, Orlando Julius, Floating Points, Quantic, Dj Shadow and Madlib.

Mixed totally analogue, and mastered on tape, "Late Nights & Heartbreak" includes 13 tracks of visceral soul with a touch of psychedelic atmosphere - as evidenced by the first single:"Tame in The Water". The sound is tighter and punchier than ever before - a trait of the Affirmations which has been brought out in several mind-blowing tracks - like the 8+ minutes of "Still in My Head". Which grooves hard throughout, and showcases Hannah up to her most show-stopping moment on the album. "Woman Got Soul" is another 5 minutes of groovy, addictive proof that this is next-level for Hannah and her band. The albums' grooves are interspersed with deep and layered soul tracks, like "Another Sunrise" or "Your Luck Can Change" which act as musical beds upon which Hannah explodes with genuine emotions of love, lust, longing and anger - and everything in between.All the songs are original and come from hands of the Bristol-based collective surrounding The Affirmations, led by MD James Graham. The only exception being a monster psychedelic soul version of "Dazed and Confused", which is strongly influenced by the original version by Jake Holmes.

Blessed by Sharon Jones, Hannah Williams exploded onto the soul scene with her debut album a Hill Of Feathers in 2012. The first single "Work it Out" was an independent hit on the airwaves all over the globe and the official video has garnered over 1.5 million views on YouTube. The story of Hannah Williams seems to be written in lore from day one. Her father was a musically gifted minister and her mother let her join the church choir at the age of 6. Hannah could read music before she could properly read words. Now she's an unstoppable force of incredible, once-in-a-lifetime talent.